Music can be found everywhere in the world that Finns have established communities. The Finnish enthusiasm for music and art is rooted in the epics of the Kalevala, the 19th century work of epic poetry. Regarded as the national saga of Karelia and Finland, the Kalevala remains today one of the most significant works of Finnish literature and a key element of Finnish national identity.

The hero of Kalevala, Väinämöinen, drew his power not from physical prowess by from the poetry he sang often to the accompaniment of the “kantele”. According to legend, the only one to surpass Väinämöinen in his quest was his brother, Limarinen, the master craftsman, who fashioned a magic sampo (amulet) to win the hand of the daughter of Northland in marriage.

Kalevala forms the basis of classical Finnish literature and inspired much of Jean Sibelius’ international renowned musical compositions, as well as the art of many famous Finnish painters. Finnish immigrants, it has been argued, were “the people of the ‘Kalevala’” with a passion for music, poetry, and craftsmanship.

Local Finnsh halls and, in particular the Finnish Labour Temple, were designed to have a stage as a central feature for musical and theatrical events. Most halls had bands, with Port Arthur’s boasting an orchestra. They entertained at concerts, dances, and parades. Vocalists organized choral groups.

Musical variety concerts were the most popular social events in Finnish communities during the early 20th century. These culminated each year in “Suurjuhiat,” or Grand Festival. Every summer, one of the major Finnish centres would host the multi-day Festival and it would draw hundreds of participants from across the continent.

Finnish theatre in Canada is rooted in the romantic Finnish national awakening of the 19th century, which led to the establishment of thousands of urban and rural theatrical groups in Finland. Finnish communities in Canada continued this tradition and theatre activity in many respects became a distinguishing feature of life and a central element of halls and labour temples.

Theatre in the Finnish Labour Temples and halls throughout Northwestern Ontario can generally be categorized as agitprop, seeking to disseminate ideas about social change. Productions, though, were community-uniting activities that attracted audiences and participants well beyond those who were politically committed to socialism. Theatre was also a source of income for the Finnish societies and was seen as a way to promote the participant’s intellect and social skills. It also typically helped fund education activities and the acquisition of materials for their libraries.

Both men and women participated in the theatrical productions. They could be found rehearsing during all times of the day; whenever their hard schedule or work permitted. Directors, though, were often employed full-time. Ironically, the ‘golden age’ of regional Finnish theatre was during the Great Depression when high levels of unemployment amongst Finnish men led to high rates of participation.

The most popular types of shows during the early twentieth century were light musicals and comedies. However, staples also included classics works both Finnish and non-Finnish in origin but presented always in Finnish. Among them were the works of Moilère, Tolstoi, Shaw, Shakespeare and Ibsen, together with Finnish works such as Alexis Kivi’s Seitsemän veljestä (Seven Brothers), Teuvo Pakkala’s Tukkijoela (Riverdrive), and Minna Canth’s Työmiehen Vaimo (Worker’s Wife).

Those who came to Port Arthur and Fort William wrote hundreds of original plays. Felix Hyrske, Aku Päviö, and Moses Hall, all of whom lived for a time at the Lakehead were writers whose works are remembered for their artistic significance. Lauri Lemberg, a notable playwright from Duluth, Minnesota, also produced some memorable plays in the Finnish Labour Temple. Päviö’s work, in particular, transcended the local community and established him as a playwright and poet of international significance.

The most popular and prolific agitprop playwrights were Magnus Raeus and lumber worker union organizer Alf Hautamaki. They were particularly known for inserting comedic elements into the messages they sought to deliver. Typical of their play are Raeus’ Haalin kommuuna (Community at the Hall) about unemployed workers living together in a labour hall; Säälivät suuruudet (The Pitiful Celebrities), a satire about charity; as well as Hautamaki’s Harvesti-hoopoja (Harvet Hobos), depicting migrant workers and his Erämaiden orjat (Slaves of the Wilderness), about life in bush camps.

The text for “Music” and “Theatre” is revised and adapted versions of originals by the Finnish-Canadian Historical Society and used with permission. 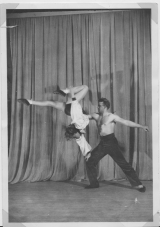 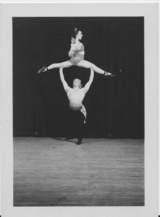