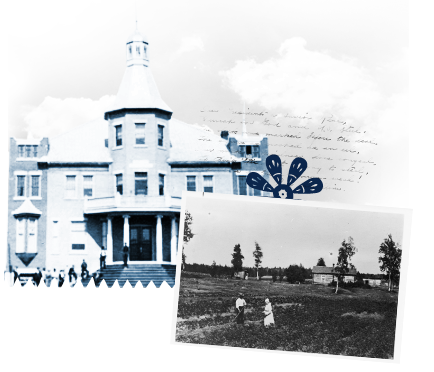 Located at the geographic centre of Canada, bridging the eastern and western halves of the country, Northwestern Ontario is a region that has no official political definition. Indeed, its boundaries have shifted constantly over time.

However, while there is no official definition, Northwestern Ontario is very much a distinct region in the minds of most people who live there. Often it is a key part of the identity of its inhabitants. When people from the region travel and are asked where they are from, most will automatically respond with “Northwestern Ontario,” as opposed to “Northern Ontario,” or even “Ontario.” The people of the region have developed a current definition based on pre-existing political boundaries and on the delivery of provincial government services.

The region is comprised of the three districts of Thunder Bay, Rainy River, and Kenora. As such, it is the largest region of Ontario, covering 526,000 square kilometres. Its western boundary is Manitoba, while its northern boundary is Ontario’s Hudson Bay coastline and the James Bay coastline north of the mouth of the Albany River. As such, Northwestern Ontario makes up most of Ontario’s subarctic region. Its southern boundary is comprised of the American border and the north shore of Lake Superior west of the Pukaskwa River. The eastern border runs just east of the communities of Manitouwadge and Caramat. In area, Northwestern Ontario is bigger than the majority of countries in the world. However, this vast land mass and the people who occupy it have been largely neglected by historians, despite playing an important role in the history of the country.

By the early 1900s, Lake Superior’s north shore evolved from a declining fur trading outpost to an important transportation hub with a bustling grain shipping terminal, a railway centre and fledgling businesses and services. In response to the promise of opportunities, the population of the Lakehead increased rapidly.

Immigrants from different regions of Finland were vital to economic development. With their deeply rooted attachment to the land they adapted easily to life in the Boreal Forest, with its isolation, challenging weather conditions, poor transportation and other demands. Familiar with unskilled labour, men worked in the mines, logging camps, railroads and docks. Single women worked as domestic servants and lumber camp cooks.

The Finns settled in many of towns and in almost every rural township in Northwestern Ontario, many believing that they were only in Canada temporarily before returning to their homeland with their fortune. Their activities mainly centred on the twin cities of Fort William and Port Arthur, collectively known as the Lakehead, and since 1970, comprising of the City of Thunder Bay. Between 1900 to 1934, these two cities were the cultural, economic, social, and political epicentres of Northwestern Ontario.