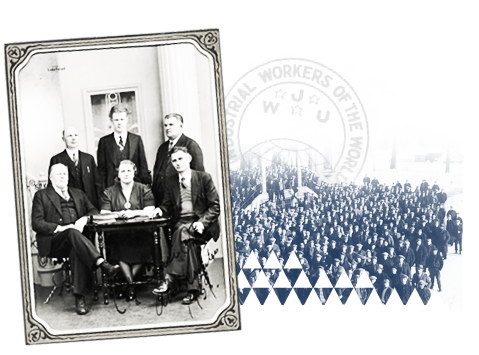 1867 – The Dominion of Canada is established.

1870 – Colonel Wolseley, on route to the Riel Rebellion, names his point of disembarkment Prince Arthur’s Landing in honour of Queen Victoria of England’s third son.

1882 – The First Canadian railway link to the West is completed.

1883 – The Trades and Labour Congress of Canada is established.

1884 – Port Arthur, Ontario is incorporated as a town.

1884 – The Horne Elevator, the first grain elevator in the Lakehead is built.

1886  – The American Federation of Labor is established.

1892 – The town of Fort William established in Ontario. It was named after the fur trade post of the same name.

1893 – New Zealand is the first country in the world to grant women the vote.

1896 – The Klondike Gold Rush begins in the Yukon.

1903 – Women’s Social and Political Union founded in the United Kingdom.

1905 – Saskatchewan and Alberta are created.

1906 – Finland becomes the first European country to give women the right to vote.

1907 – The electric washing machine is introduced in the United States.

1907 – Fort William and Port Arthur are incorporated as cities.

1909 – The National Association for the Advancement of Colored People, an African-American civil rights organization is founded.

1909 – Plastic is invented in the United States.

1910 – The Naval Service of Canada is established and in 1911 is renamed the Royal Canadian Navy.

1911 – The Incan city of Machu Picchu is discovered in Peru.

1913 – The first moving assembly line is created by Henry Ford in the United States.

1914 – The First World War begins. Britain and its Empire are drawn by alliances into war against Germany.

1917 – Federal income tax is introduced in Canada, supposedly as a temporary wartime measure.

1917 – The Halifax Explosion occurs when a French munitions ship explodes killing more than 1,900 in the Halifax Harbour.

1918 – All women over the age of 21 gain the right to vote in Canadian federal elections.

1918 – Russian Tsar Nicholas II and his family are murdered.

1919 – The Treaty of Versailles ends the First World War.

1920 – The League of Nations established.

1920 – The first commercial radio broadcast is aired in the United States.

1920 – The first pulp and paper mill is built in Fort William.

1920 – All citizens over the age of 21, except for Native and Asian Canadians gain the right to vote in Canadian federal elections.

1920 – Women are granted the right to vote in the United States.

1924 – The first Olympic Winter Games are held in France.

1925 – Women in Newfoundland receive the right to vote.

1929 – The Montreal and Toronto stock markets crash following the collapse of the Wall Street stock market.

1931 – The British Parliament passes the Statute of Westminister and Canada gains full independence from British legislation.

1932 – Amelia Earhart is the first woman to fly solo across the Atlantic Ocean.

1933 – Prohibition ends in the United States.

1934 – The large-scale campaign of political repression, the Great Terror begins in the Soviet Union.

1935 – The anti-Jewish Nuremberg Laws are issued in Germany.

1936 – The Canadian Broadcast Corporation is established.

1938 – Franklin D. Roosevelt becomes the first President of the United States to make an official visit to Canada.

1940 – Women gain the right to vote in elections in Quebec. It is the last Canadian province to do so.

1945 – The first programmable computer is built by the United States Army.

1954 – Segregation is declared illegal in the United States.

1955 – Rosa Parks refuses to give up seat on a bus in the United States.

1957 – The European Economic Community is established and is a precursor to the European Union.

1957 – Lester Pearson wins the Nobel Peace Prize for proposing the creation of a United Nations peacekeeping force to deal with the Suez Crisis.

1958 – The Conservative Party led by John Diefenbaker is elected in Canada.

1962 – The Trans-Canada Highway opens in Canada.

1963 – President John F. Kennedy of the United States is assassinated.

1965 – Canada and the United States sign the Auto Pact.

1970 – The War Measures Act invoked to deal with FLQ crisis.

1971 – The Government of Canada adopts policy of official multiculturalism.